Here to make your big day the best day! From weddings to corporate events to private parties, Shane has been filling dance floors, workouts, and souls in the GTA and beyond since 2013.

Before Shane took the DJ world by storm, there was just Shane - “the guy with the tunes." As a kid he would sit at home and make playlists on his computer and would constantly re-record and alter them to make sure he found the perfect blend and sound. Growing up in the 90s, arguably the most influential decade of music, he developed a wide-range of music interests. From his two sister’s imprinting boy/girl bands and R&B in his head, to classic rock thundering from his Dad’s boombox at work, to embracing the Hip-Hop and Reggae culture from his hometown of Scarborough, to a generational movement and love of EDM/House music; Shane developed a passion for all styles of music. This passion was evident at a young age and it carried him through his teenage years into his 20’s. With a distinct taste for fun-loving, party music, Shane was always the person relied upon to get the party started! Whether it was a house party, road trip to the cottage, or the hockey dressing room, Shane was armed with an extensive playlist of high-spirited music to bring some postitive energy to anyones day. Being on music duty was easy for him as he loved to share new music with other people just so that they too could experience the vibrancy and euphoria of the “next big hit” or a timeless classic. Watching the fun and happiness created from simply playing music was the driving fuel for his passion.

The next step was to learn how to blend it all together, and that’s where the world of DJing caught Shane’s eye. There was something about encapturing an entire room with sound that inevitably stole his heart. His friends always referred to him as “Hurrishane” so it only seemed fitting to throw a “DJ” in front of it. DJ Hurrishane had finally found his calling when he decided to put that love and passion to good use and hop on the decks as an open-format DJ. Now known professionally as DJ Shane Elliott, his goal from day one was to generate a high-energy, electrifying environment and he has never strayed away from it. With a distinct ability to read and work a crowd, Shane has used his vast knowledge of music to play to any crowd, using various genres throughout multiple decades. His unique approach to being “not your average wedding DJ” has distinctly set him apart from his competition and allowed him to become a bonafide and well-recognised wedding DJ who creates a unique, flawless experience, and unforgettable party for newlyweds and their guests. His early years as a small business owner combined with years of DJ experience have allowed him to develop transparent and open communication skills which provide comfort, ease and simplicity in any event planning process.

Shane has worked with a plethora of renown event venues including Casa Loma, Liberty Grand, and the Capitol Event theatre, just to name a few. He has also been blessed to work closely with numerous organizations and charities including Emily’s House, Wayne’s Road Hockey Warriors and the Enbridge Ride to Conquer Cancer which hosts over 5000 people ever year. In addition, Shane has also worked at Toronto FC and Toronto Argonauts games at BMO Field on multiple occasions. His high-energy music approach has also allowed him to become a prominent gym/workout DJ which has led to partnerships with Altea Active and multiple F45 locations. Shane has also has held residencies at Grace O’Malleys, The Olde Stone Cottage Pub and The Stone Lion.” 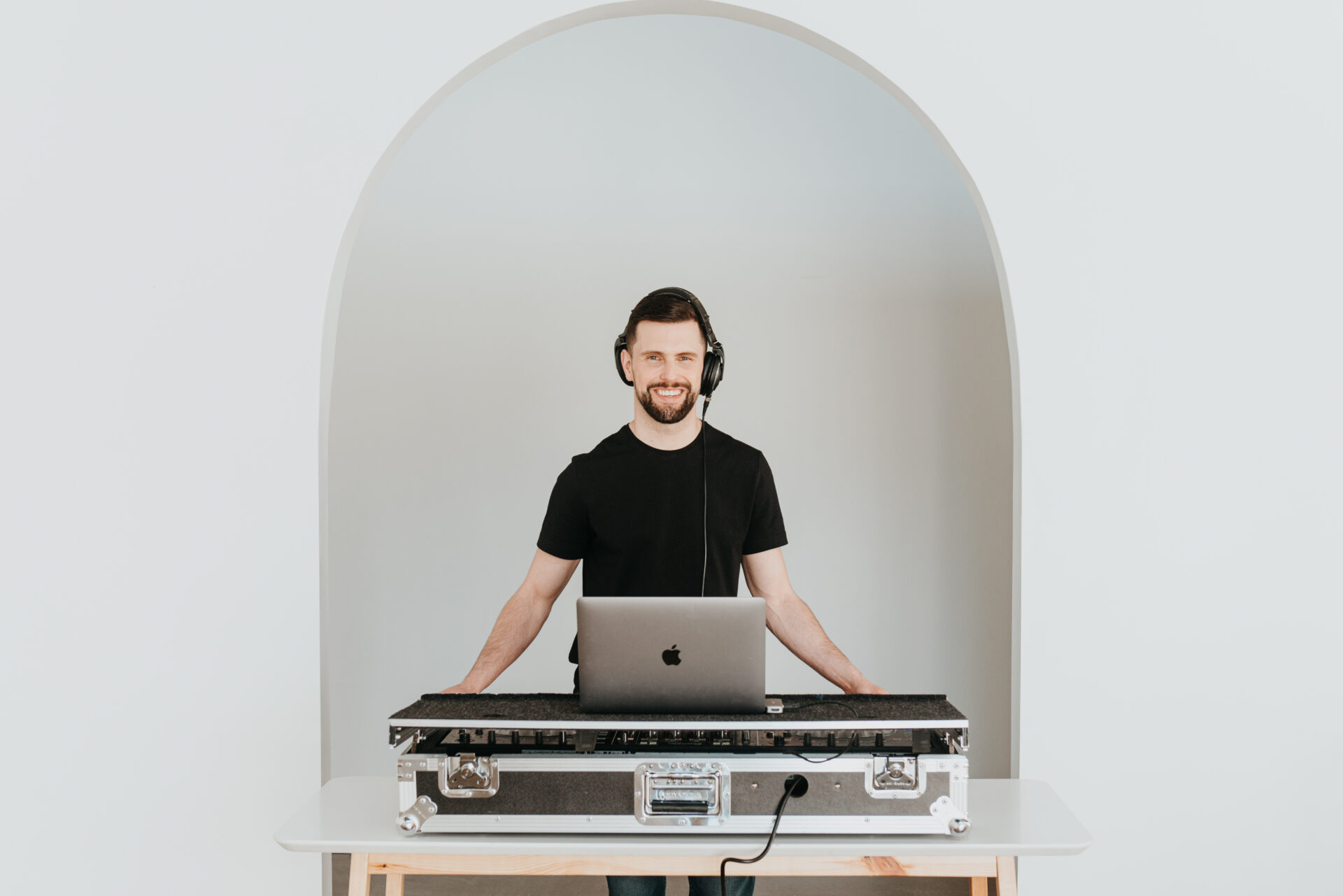 “Thanks so much for making our special day so memorable. You were amazing to work with - from your flexibility to your service, and obviously your unreal sounds, we loved having you!”

"Such a pleasure to work with in the lead up to the event (super professional and fun) and then the coolest, chillest vibe on the day of. He integrated all of our favourite songs and had people dancing the entire night. We couldn’t have asked for a better DJ and we’re still receiving complements!!! THANK YOU
SHANE!!!!"

“DJ Shane killed it. We received compliments throughout the night and in the weeks afterwards on how great our DJ was. I would highly recommend DJ Shane to handle every sound-related aspect of your wedding.”

“Shane was unreal on our wedding day and during the run-up to the big day. He was responsive, organized and helped us with all our questions. We had multiple people tell us he did a great job afterwards, and we didn’t have a wedding coordinator so he helped keep the day moving from the ceremony to the end of the night which I really appreciated! Our ceremony was upstairs from the reception and he had both floors covered for the cocktail hour. It was the best day and Shane played a big part in making it so good!”

“Shane was a pleasure to work with! Communication with him was easy and wonderful and put us at ease throughout the planning process. He listened to what we wanted and flawlessly incorporated diverse music styles and languages into the playlist. He is energetic and flexible and can work with whatever comes his way. Our wedding was excellent and we loved having him as a part of our day. Thank you,
Shane!!”